The Ford Escape is the best-selling SUV model from this most famous of manufacturers, and it's also Ford's leading vehicle of all kinds outside the truck segment. However, over recent years it's started to show its age, and was in danger of falling behind its competitors.

Not any more. The all-new 2020 Ford Escape brings this trusted range right up to date, and in the process places itself firmly at the front of the SUV market. What makes the new release so special?

The most noticeable change is that the new Escape is slightly lower, wider, and longer than previous models. While it remains a mid-size SUV, the 2020 version is more spacious inside, and the lower profile translates into superior, more surefooted handling.

Interestingly, despite its larger size, the 2020 Escape actually weighs 90kg less thanks to its lightweight, high-strength steel construction. But beyond the exterior changes, there's plenty that's new under the hood as well. 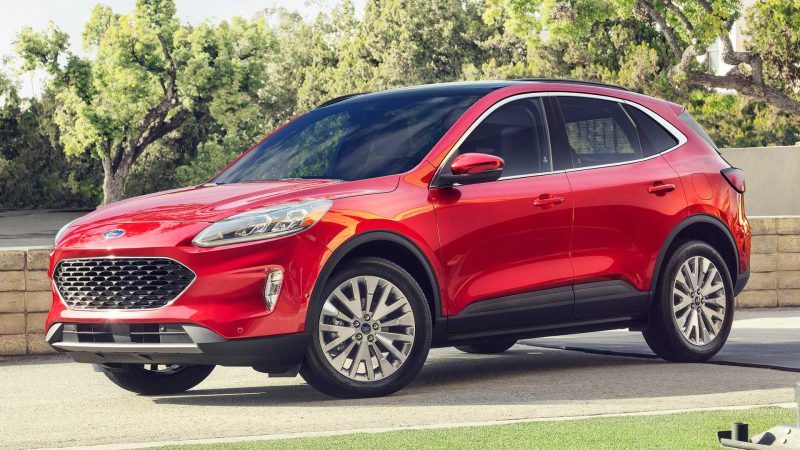 There are three powertrain options featured in the new range. As standard, there's a 1.5L turbo Ecoboost engine producing 181hp and 190lb-ft of torque.

Stepping up a level, the upper trims offer a 2.0L inline 4-cylinder option, which boosts the horsepower to 250hp and the torque to 280lb-ft.

Both of these engines are paired with a eight-speed automatic transmission with selectable drive modes, and either front-wheel or all-wheel drive. According to Ford figures, the new configurations can improve acceleration by around 10% compared to the equivalent 2019 models.

Lastly, there's also the option of a 2.5L hybrid powertrain with the Titanium trim, along with a full plug-in configuration on the near horizon. 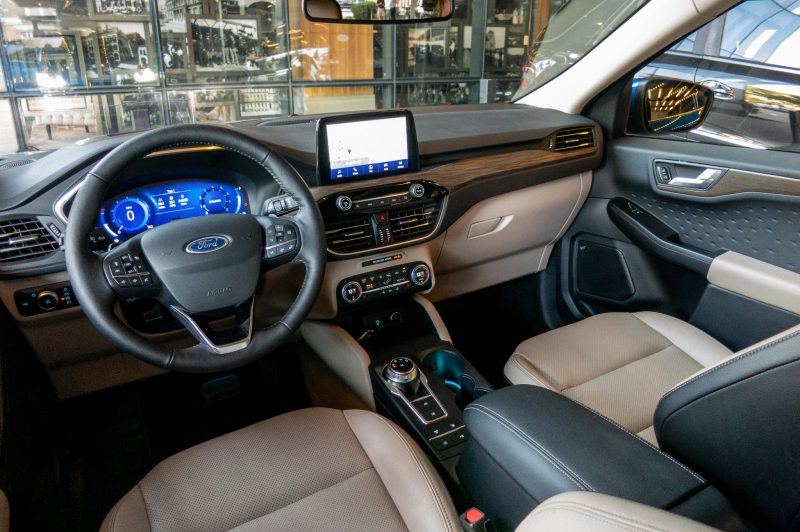 The Escape's console has also benefited from the latest update. The main instrument cluster is a 12.3" digital display that's customisable to your own preferences. It also changes the range and priority of data it displays based on the transmission drive mode, giving you all the information you need in the clearest way.

Media features are controlled by an 8" LCD touchscreen with Sync3, Apple CarPlay, and Android Auto. Both AM and FM radio are available as standard, with system compatibility for optional SiriusXM satellite radio.

The new Escape offers some of the best value among Ford SUVs. Even the lowest S trim is packed with features and comforts despite its low starting price of $28,549. The SEL trim adds the more powerful engine and all-wheel drive, plus even more amenities, bringing the price up to $33,549. Lastly, the hybrid Titanium model starts at an affordable $40,049.

The mid-size SUV market is a hugely competitive one, but with this latest update Ford have ensured that the 2020 Escape stays firmly at the head of the pack.