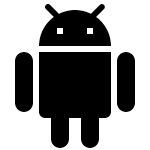 The Android Auto system has distinguished itself as a tremendously popular in-vehicle app that is designed to meet all of your multitasking needs along with keeping you safe on the road at the same time. The app features cutting-edge technology in the realm of hands-free calling, directions, music and many other functions as well. One of the things that sets this car-driving app apart from the other ones on the market would be its extreme versatility.

The Android Auto system is easily able to work both on your phone or on a compatible car display. There are many models that can support the Android Auto system in this manner. If that isn’t enough, here are some other features that demonstrate just how swell the Android Auto actually is. One of the best things about this system would be the Google Assistant. This too is also very versatile, allowing you to do such things as listen to your favorite audiobook in rush hour traffic or put on some classic 80’s rock such as Journey in rush hour traffic.

Android Auto is available in more places than just the United States. You can take Android Auto in a spin not only in the United States, but also in countries such as Australia, Canada, France, Germany, India, the United Kingdom and even South Korea. Sound interesting? If so, talk to our Ford sales team today about acquiring this unique car accessory!